Pittsburg Ranks Most Affordable for Renters in the U.S. 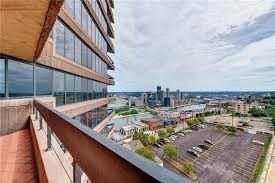 If you’re moving to Pittsburgh for a new job, you might be trying to figure out if you want to rent or buy. Both obviously have their pros and cons – but you might want to look a little closer at renting in Pittsburgh because of its affordability.

In May, Zillow released a new survey that ranked The Steel City as number one on its list of top 10 most affordable markets for renters for Q1 2018. Zillow looked at the nation’s top 50 metro areas and gave Pittsburgh the number one spot and here’s why:

Next on the list was St. Louis with a median income spent on rent at 22.2%, then Oklahoma city coming in at 22.8%, which is still significantly under the national average of 28.8 percent.